We all agree that we need to generate tax dollars and pump money into the economy. Here is an idea as old as America itself. It should strongly appeal to local agricultural interests, those who wish to promote economic growth, and people who support made-in-America products. It follows the logic of a recent News-Press editorial urging increased local oil production. The very conservative writer felt that we should look to the resources available right here in Santa Barbara County for increased tax and private-profit dollars. My suggestion is much less controversial and more environmentally friendly than increasing oil production — grow hemp.
If hemp were grown here we would join the roughly 35 countries in the world where it is legal to grow hemp. Sixteen of these United States have legalized the growing of hemp. A North Dakota rancher, who is also a Republican state legislator there, has sued the federal government to allow him to grow hemp pursuant to North Dakota’s hemp law. He has been quoted as saying that it makes no sense to him that Canadian ranchers less than 50 miles from his ranch, just over the Canadian/U.S. border, are growing hemp and profiting from it, while he can’t. 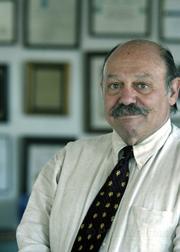 There are compelling economic reasons for legalizing it. Hemp can be one of the pillars for lifting us out of our current economic doldrums. That hemp is commercially viable is no secret. In the late 1930s, Henry Ford built nearly an entire car from hemp. In WWII, hemp was so vital to the war effort that if you were a farmer who grew hemp, neither you nor your sons could be drafted. Over 25,000 products can be made from hemp. For those who care, you can’t get high from hemp because it contains very low levels of the euphoriant THC and high levels of the antieuphoriant CBD.