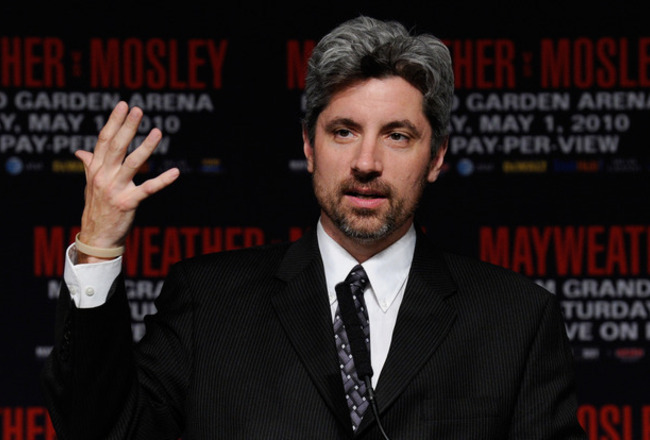 Use your ← → (arrow) keys to browse more storiesNext

The UFC’s issues with drug-related failures are a problem, but they have yet to reach epidemic levels. Not yet, anyway.
Truthfully, they haven’t even come close to damaging as many fights as training injuries have. But the major drug-related cases we’ve seen this year have been high-profile—witness the cases of Alistair Overeem and Nick Diaz—and thus the spotlight seems a little bit brighter than normal.
I’ve talked about the issue of performance-enhancing drugs here in the past, and I’ll continue to do so in the future. It’s an issue that isn’t going away anytime soon, and it looks like Dana White is finally amenable to taking drastic steps inside his own company to help clean up the sport before it gets out of control:

Lance Pugmire: (Junior dos Santos vs. Frank Mir) came together only because Alistair Overeem tested positive for testosterone. How devastating was that to your sport?
Dana White: “The steroid, PED thing affects the whole sport. The key is to make sure these guys never get on it, because once they do, they change. The problem with Overeem is that I want to sit in a room with him man to man and believe him. He told me before he ever fought for us, ‘Don’t worry, I’m the most tested athlete in sports.’ But I think we have about 42 fights a year . . . you have a guy or two popping [positive tests] here and there, that’s a pretty good ratio.”
LP: Do you want to increase testing?
DFW: “Yes. We’re going to do our own testing, order these guys into [a lab]; we’re sorting it out now. You have to do this to save the sport. You can’t have these guys fighting on this stuff.”

The one-year suspension handed down to Nick Diaz by the Nevada State Athletic Commission yesterday was a complete and total farce, and everyone with half a brain knows it.
Yes, weed is illegal inside of competition in Nevada, even if you have a medical marijuana license in another state. And yes, Diaz should have stopped smoking a little bit sooner than the eight days he says he did, if only to ensure that his donated urine sample on fight night was clean as a whistle.
I’m not a pothead. I’ve smoked the stuff before, and I didn’t like it. I doubt I’ll ever try it again. But the fact that Diaz—who had trace amounts of marijuana metabolites, and not THC evident of actual marijuana use on that day—got a full-year suspension while Overeem got nine months after admittedly taking anabolic steroids (and also ducking urine tests) is completely and undeniably absurd and asinine.