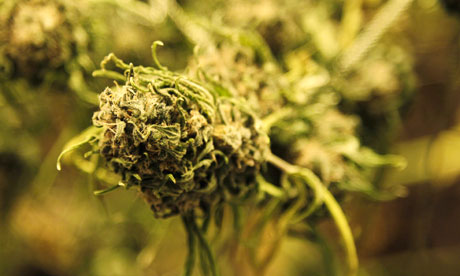 A disabled veteran has told an appeals court that the department of veteran affairs policy on medical marijuana has caused him pain and significant economic harm, in a development campaigners say is a positive step in the battle to push for the drug’s reclassification.
Michael Krawitz, one of five plaintiffs involved in a legal case before the court of appeal for the District of Columbia Circuit, told the Guardian that the VA denied him pain treatment after they discovered he had been prescribed medical marijuana while abroad.
He told the court in an affidavit that the withdrawal of care by the department, which has rated him 100% permanently disabled and thus eligible for all medical treatment under its auspices, has meant he now has to travel 130 miles from his home to see a doctor for pain relief.
Krawitz, 49, who is the executive director of Veterans for Medical Marijuana Access, said: “The bottom line is its unethical to take away someone’s pain treatment. This conflicts with standards of medical care.”