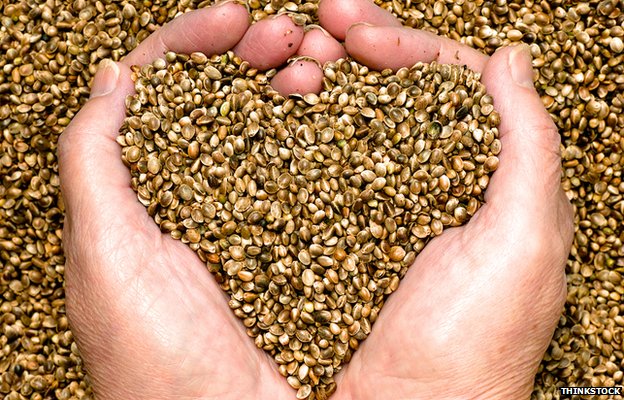 Hemp, once a major US crop, has been banned for years because of its close association with cannabis. But several states now want to resume hemp farming, and two states voted this month in favour of legalisation of cannabis. Could change be in the air?

There’s an all-American plant that weaves its way throughout the nation’s history.
The sails of Columbus’ ships were made from it. So was the first US flag. It was used in the paper on which the Declaration of Independence was printed.
Today, however, industrial hemp is effectively banned by the federal government, damned by association with cannabis, its intoxicating cousin.
While hemp cannot be grown in the US, it can be imported and used to manufacture paper, textiles, rope, fuel, food and plastics.
Its advocates say it is a hugely versatile crop which is already popular with US consumers – a 2012 report by the Congressional Research Service estimated that the annual US retail hemp market could exceed $300m (£188m) in value.