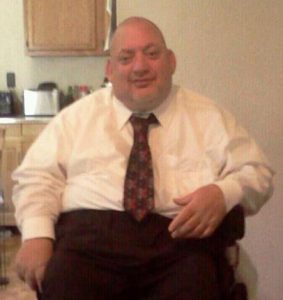 Throughout cannabis prohibition, people have been fighting to end the devastating policy. Now Curtis Kile, Michigan resident and cannabis activist, is gearing up for a demonstration to declare legalization as the only rational option.
Curtis is preparing for the first ever “Cannabis Roll” – he is going to roll his wheelchair from his front door in Taylor, Michigan, to the White House in Washington, D.C..
The 520 mile journey in support of legalization is scheduled to begin June 14th, and end July 4th, Independence Day, at the front door of the White House, where Kile hopes to have the opportunity to speak to President Obama about the necessity of cannabis legalization, as stated in this letter sent to the President:

Dear President Obama,
My name is Curtis G. Kile and I am writing you as a concerned American, but most of all a concerned parent in regards to the current state of our country. I am a 52 year old single parent that had to over come many challenges in my life due to being born with Cerebral Palsy which has confined me to living my life in the sitting position since I am confined to a wheel chair. I was really excited when you ran for the office of the president of the united states because I also believed it was time for a change in American politics and our country as a whole.
I am compelled to carry out the mission that my late father Charles Curtis Kile Jr. started over 3 decades ago with an organization that he founded called United Marijuana Smokers Of Michigan. My father was an auto worker who became addicted to alcohol like many other Americans it did nothing but practically destroyed his life. It wasn’t until my father stopped drinking and started using cannabis did he realize that using his words (this plant is truly a gift from God). He would do research and find out that cannabis was also good for many other things including that of medicine for the sick and could even help repair major damage done to our planet by the human race just to name a few. He was dedicated to legalization of cannabis and vowed to tell the truth about this plant and see that it was legalized.
In my opinion, your first term as president was a rough one and I applaud your efforts in trying to revive our American economy. I like the fact that you have an open door policy when it comes to inviting citizens to the white house that have innovative ideas that can help get the United States on the right track again. We need a country where it is a safe place for our children and many generations to come to that have a chance to achieve the American dream. I am not rich, I am just a regular American and I have many common sense ideas that can save the planet as a whole after all we are all human beings.
I live in Taylor Michigan, on June 14, 2013 I am going to roll my wheel chair from my home to the front door of your house the white house and I plan to arrive there on the 4th of July to discuss the legalization of Cannabis and many other issues to stimulate and repair not only our economy but the planet as a whole. If you truly have an open door policy I invite you to meet me at the white house and allow me to show you my plan to bring peace, prosperity and end poverty in our country and save the planet.
I truly hope that you will take a few moments to meet with me, God bless you and your family.