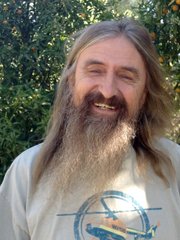 Berton “Buddy” Duzy
Though California was the first state to legalize medical marijuana with the passage of Proposition 215 in 1996, voters have had a harder time agreeing on whether recreational use of the drug should be allowed. In 2010, such a proposition was narrowly defeated at the polls, and in 2012 — when voters in Colorado and Washington legalized it — none of the six separate measures proposed by various factions of the Golden State’s marijuana movement could gather enough signatures to qualify for the ballot.
California’s next chance will be November 2014, and the only proposed legislation currently moving toward that ballot is the California Cannabis Hemp Initiative, which was approved for signature gathering by Sacramento in late September. Other initiatives could feasibly come out of the woodwork in the weeks to come — there were rumors of some medical cannabis collective owners working on something — but the CCHI is the only one filed in time to enjoy the full 150 days allowed to collect the nearly 505,000 signatures required by the February 24 deadline.