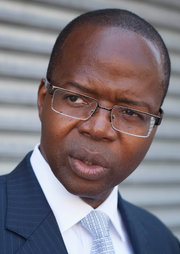 The Brooklyn district attorney’s office will stop prosecuting people arrested on charges of possessing small amounts of marijuana, according to a confidential policy proposal that the district attorney, Kenneth P. Thompson, sent to the New York Police Department this month.

The policy is part of a broader push on the part of Mr. Thompson, who took office this year, to look at alternatives to court for low-level offenders. His office is also participating in a task force looking into placing 16- and 17-year-olds who commit low-level, nonviolent misdemeanors, like scrawling graffiti or aggressively riding bicycles on sidewalks, into a short behavioral program, rather than the court system.