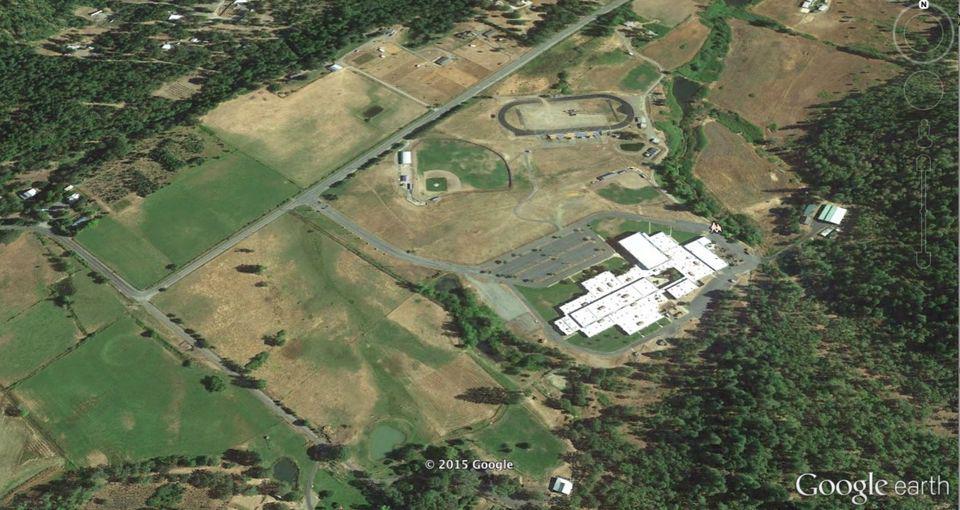 This Google Earth view of the Murphy Creek Road area south of Grants Pass shows a new hemp farm in the lower left of the photo that has attracted the ire of nearby medical marijuana growers.

Depending on who’s talking, a 20-acre hemp farm about 10 miles south of Grants Pass is either the harbinger of a new industry that could help save rural Oregon – or an existential threat to local marijuana farmers just as they’re anticipating boom times.
Hemp, the non-intoxicating version of cannabis sativa, has long been a big part of the marijuana culture, celebrated for its wide variety of uses and status as a fellow victim of federal prohibition.
But now that both hemp and marijuana are coming out of the legal shadows in Oregon, they’re suddenly in conflict – and state legislators may be about to side with the much more well-established marijuana industry.
Lawmakers are considering a bill that would temporarily halt hemp production and force that farm near Grants Pass to yank its plants out of the ground, albeit with compensation from the state. The bill would also put stricter controls on hemp in areas of the state – such as southern Oregon – where marijuana farms are plentiful.
Marijuana growers say they worry that pollen from hemp farms could wreak damage on prized female cannabis flowers, cross-pollinating them and producing a seedy crop with weaker THC, or tetrahydrocannabinol, the substance responsible for marijuana’s high.
“Any hemp industry that produces pollen around here is going to destroy the value” of the highly bred local marijuana crop, says Cedar Grey, a medical marijuana grower and president of the Oregon Sungrown Growers Guild.