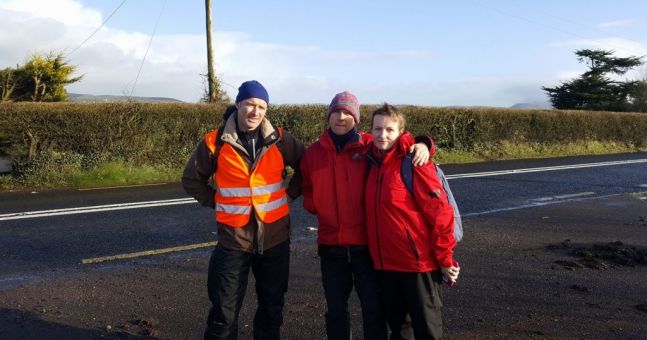 Cork mum Vera Twomey has embarked on a second 155 mile walk from Cork to Dublin in a bid to get Health Minister Simon Harris to allow her daughter access medicinal cannabis.

Vera’s seven-year-old daughter Ava Barry has a drug-resistant form of epilepsy called Dravet Syndrome which can cause her to have up to twenty seizures a day. The heartbroken mum-of-four, from Aghabullogue, has led a high-profile campaign for legislation that will allow Ava to get a prescription for medicinal marijuana, which she says will reduce her daughter’s seizures by ninety percent.
Speaking to HerFamily this morning Vera said that she is still awaiting a response from the Health Minister,

“I’m just outside Mitchelstown at the moment, it’s very wet and miserable. We haven’t heard anything from Simon Harris or the HSE.
I wouldn’t be doing this if I didn’t have to. I have four children and I’ve had to walk out on them. Ava is seven, Sophia is five, Michael is four, and my youngest Elvera-Mae is only two.
No mother should have to leave their family to get legislative change but there has been no justice for my child.”