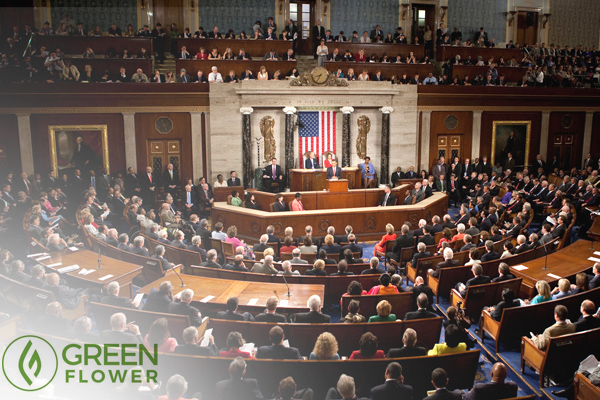 Will you support the first ever Congressional Cannabis Caucus?

Last year was the biggest year in the history of cannabis reform. The 2016 Election victories brought the total number of legal adult-use states to 8 (and Washington D.C.).
The total number of states that have legalized cannabis for medical purposes is now up to 28 (and Washington D.C.) according to the National Conference of State Legislatures.
According to Vote Hemp, 31 states have legalized hemp pilot programs and/or for research purposes. The momentum for reform has never been greater.
But there are still a lot of issues facing consumers and industry members today, despite recent victories. Cannabis consumers still face discrimination in the workplace and when looking for housing.
People are still sitting in prison for cannabis only offenses. The cannabis industry still desperately needs 280E tax reform, asset forfeiture reform, and adequate access to banking.
Reform at the federal level is going to be vital to the future of the cannabis movement, which is not going to be easy given the fact that the current Congress is controlled by conservatives, and the White House is full of longtime cannabis opponents. But there is help on the way.
Roughly two months ago news broke that members of Congress would be banding together to create the first ever ‘Congressional Cannabis Caucus.’