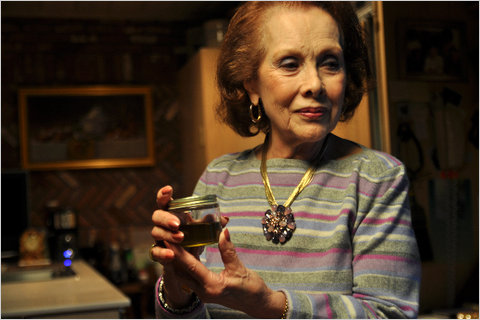 Alyson Martin Norma Winkler, 82, uses cannabis oil mixed with applesauce to ease pain from a back injury. She would not consider living in a nursing home that did not permit her to use the oil.